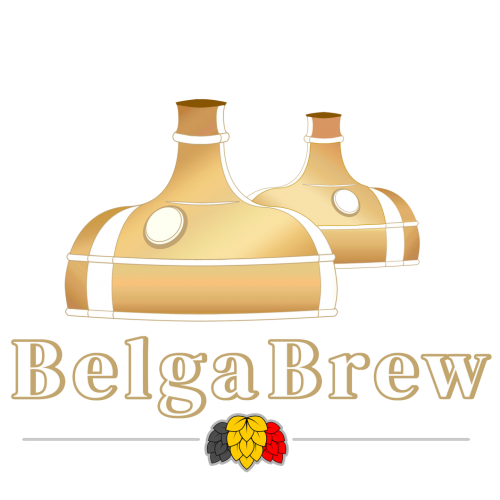 As born and raised citizens of Yvegem (dialect for Ingooigem), we are fascinated by our Belgian beer culture. To gain more knowledge in our Belgian beer landschape, we decided to take professional brew classes in 2018. These brew classes were given by an experienced brew mentor of one of the biggest breweries of Belgium. During these classes, different brew techniques were discussed in detail, which made our interest grew even more. Multiple test brews with different types of malts, hops and yeasts, brought us to unique recipes and by the end of 2020 three heavenly beers were born in Yvegem.

Innovation and quality are a part of our core values. With the best selected malts, a great variety of yeasts, high quality hops we create our recipes according to a centuries-old brewing process. In Yvegem, we keep improving our test brews till our requirements have been met. That is why we are inspired and motivated to push to the limit – “Quality is not a department, it is a way of life”.

Somewhere in the South East of West Flanders, there is a small village called "Ingooigem" (colloquially known as Yvegem). It is a quiet and peaceful place where the famous writer Frank Lateur, pen name Stijn Streuvels, once wrote his beautiful novels. He was one of the most important writers in the Dutch literature. His work was mostly based on the poor life of farmers on the Flemish countryside and he gained his inspiration from his uncle "Guido Gezelle", who was also a famous poet.

Streuvels was nominated several times for the Nobel Prize in literature, however every time it was very close almost winning the award. Still some of his novels were filmed such as "De Vlaschaard" and "De Teleurgang van de Waterhoek" (Mira).

During his last years, Streuvels spent most of his time in Yvegem writing memoires until he passed away on 15th August 1969 at his home "Het Lijsternest", which is now a museum. His final resting place can still be visited at St Anthony's Church in Yvegem, next to the resting place of another famous writer and poet "Hugo Verriest". To this day, Stijn Streuvels still remains one of the most revered writers.

Take a look at our brewing process

We brew our recipes at Deca NV in Vleteren, a centuries-old brewery where tradition is still paramount. As quest brewers we use the brewing equipment provided by the brewery.

The old Belgian brewing method is closely applied by the use of the traditional brewing equipment, that consist of a mash tun, boil kettle, yeast and storage tanks.

From a small brew experiment at home to mass brewing! 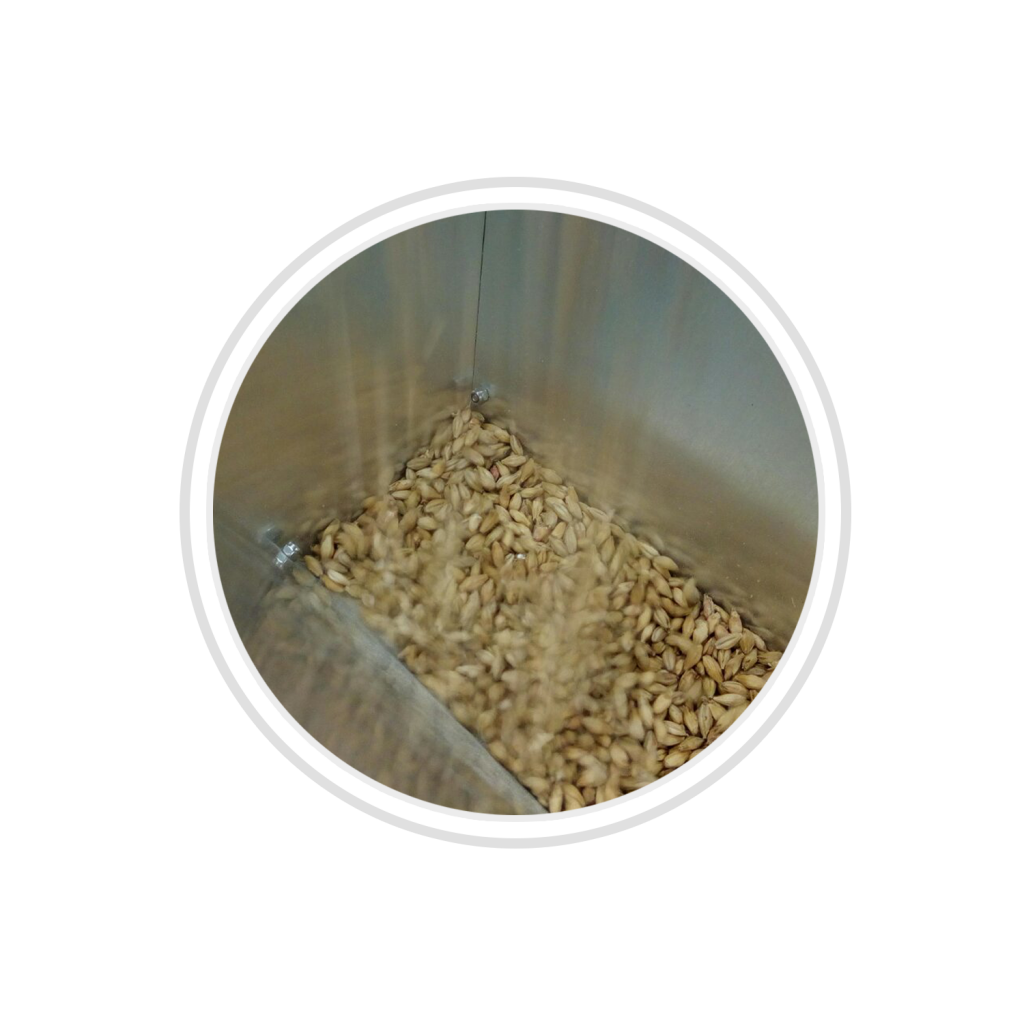 We select the right malts to mill in the malt crusher.

The light malts are used for our Yvegem Triple and Yvegem Blond. For our Yvegem Brown we use a mix of dark malts supplemented by other malts.

Crushing the malts correctly makes an ideal conversion of the starch into fermentable sugars and a perfect filter bed in the mashing.

By using the centuries-old mash tun, the old Belgian brewing method comes back to life..

During the mashing, the crushed malts are added to the heated water. It is in this process that the starch is converted into fermentable sugars, that later on turns it into alcohol.

After completing the different stages of our brewing schedule and adjusting the temperature when necessary, we let the mash settle for a while in order to form a filter bed. 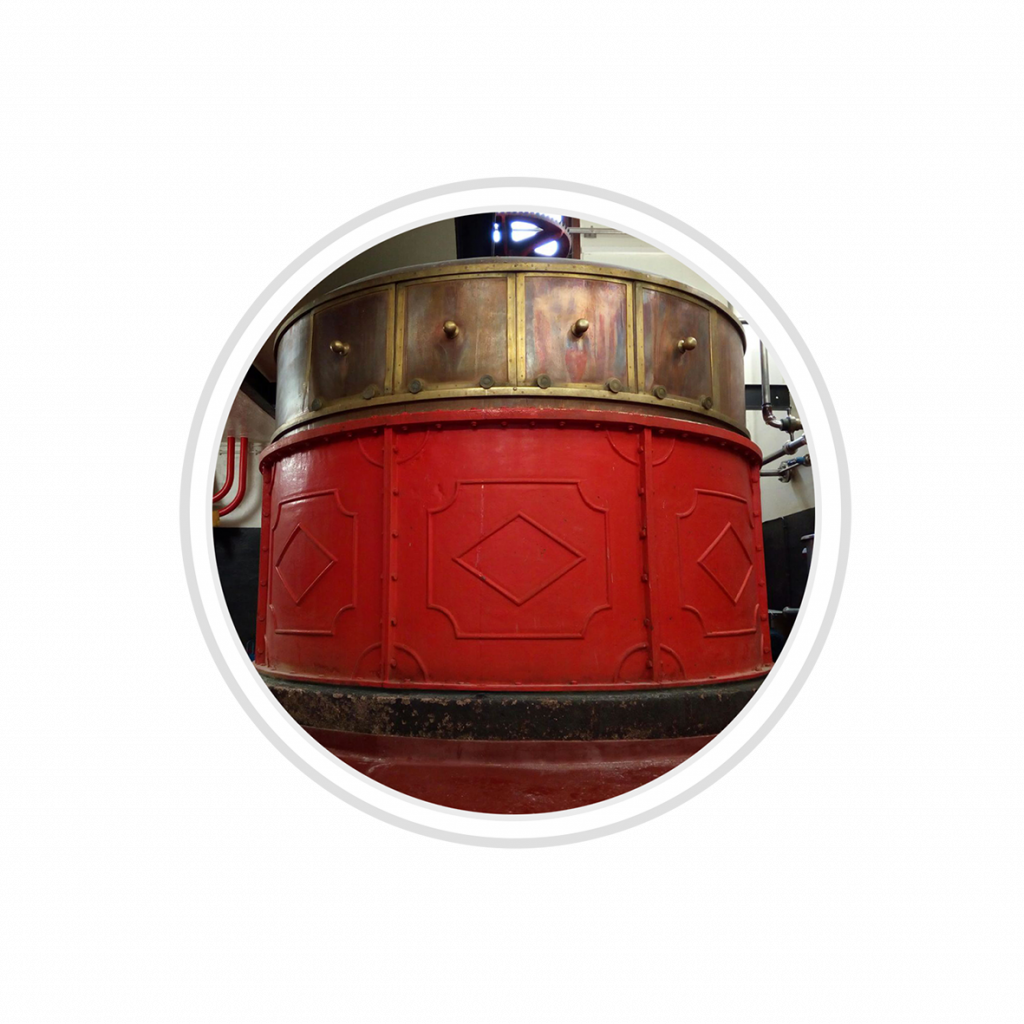 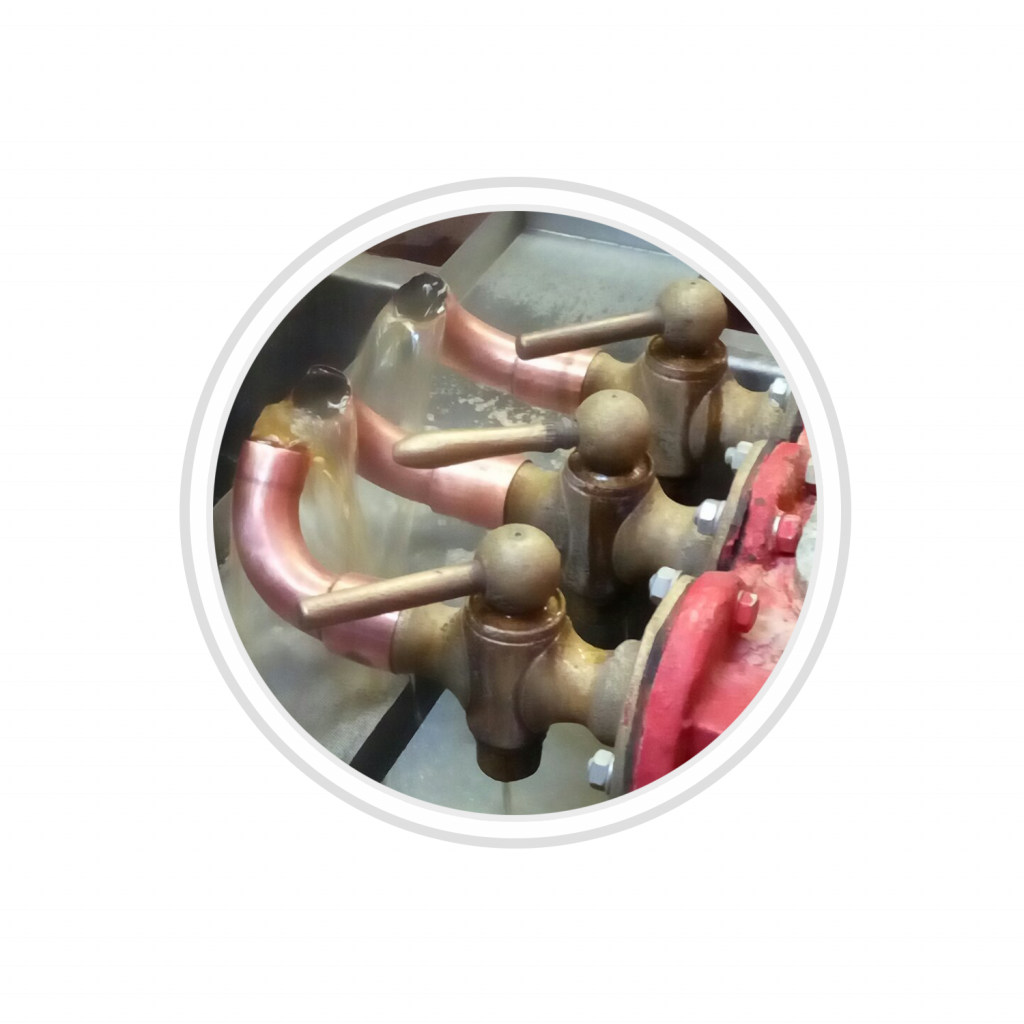 When the filter bed is formed, the mash is then separated into wort and spent grain. During this process, the malt extract (wort) is drained off at a very slow pace according to the old Belgian brewing technique. The wort, that consists of the content of the malt, is then pumped into a boil kettle. The malt enzymes are then wiped out and the excess of water is then evaporated by the heat, which makes the wort sterilize.

Every year during the harvest of the hops, we carefully select our hops at the hop farm. We use hops that are 100% cultivated in Belgium and all impurities are removed and vacuum-packed after the harvest. The hops are then stored in a cold place to keep the highest quality.

When the wort reaches its boiling point in the kettle, we then add the hop. It is in this stage that the bitterness and the aromas from the hops are added to the beer. Depending on the type of beer, herbs and other ingredients can also be added to the boiled wort. When this process is completed, the boiled wort is then cooled down. 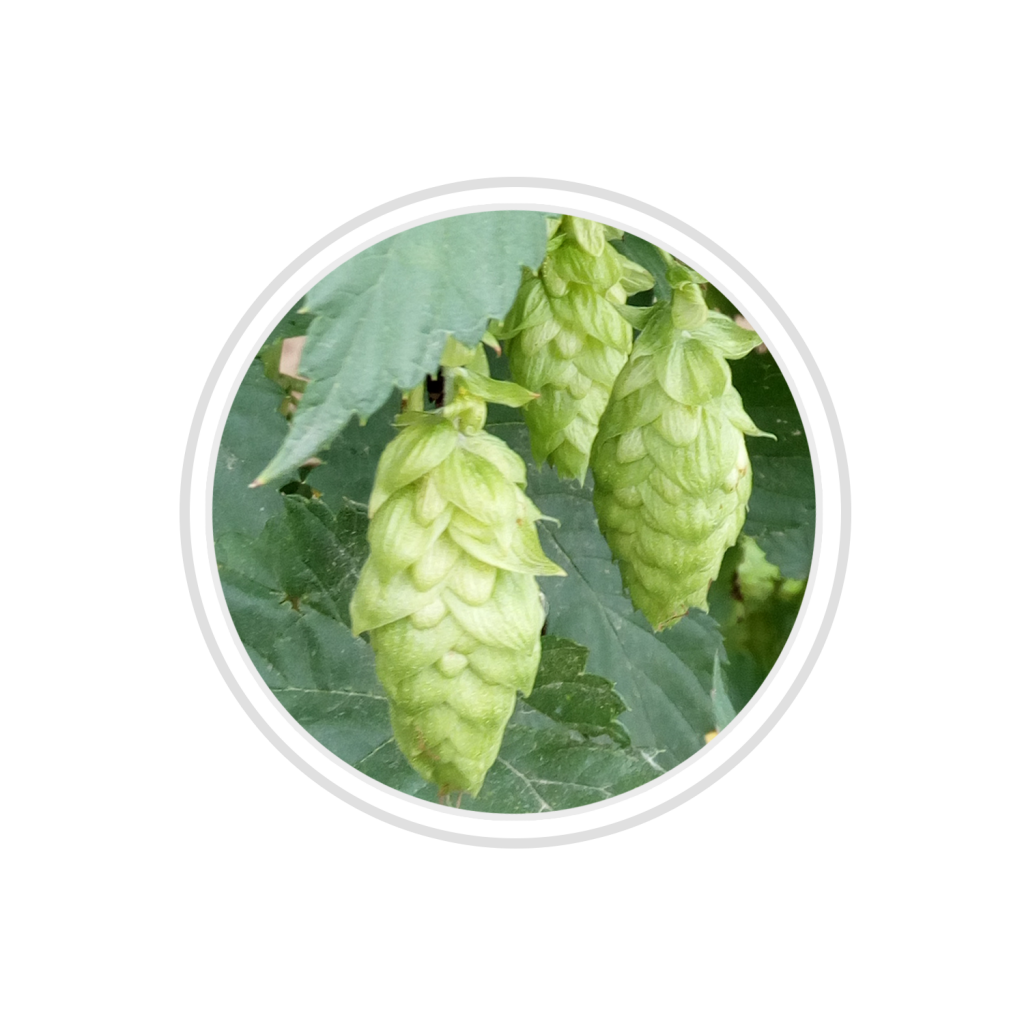 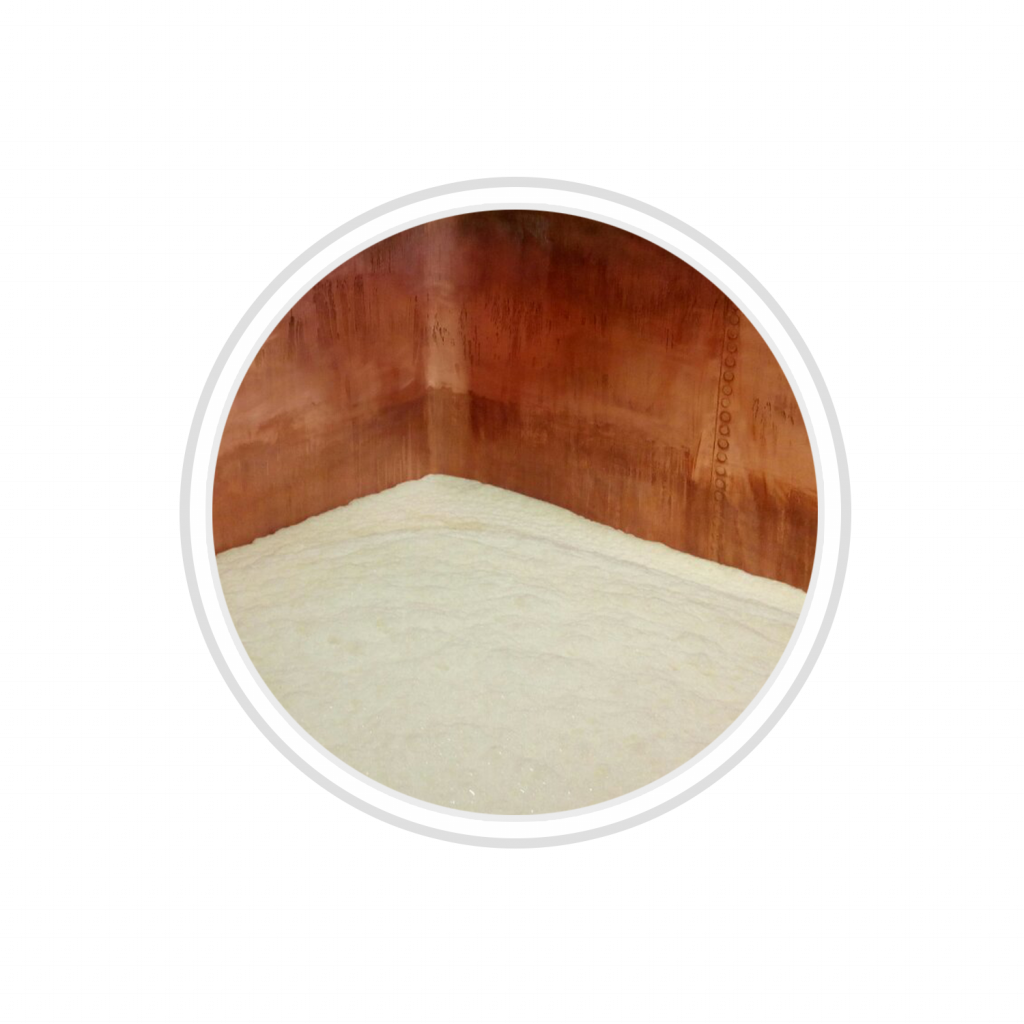 Yeast is added to convert the sugars into alcohol. The type of yeast is also decisive for the taste of the beer.

During this phase the beer matures in cold storage tanks. All impurities (proteins and polyphenols) are settled to the bottom and unpleasant odours are removed. This can take a couple of weeks or even months depending on the type of beer.

Every storage tank is equipped with an airlock filled up with water in order to seal the beer from the outside air and at the same time CO2 can be released. 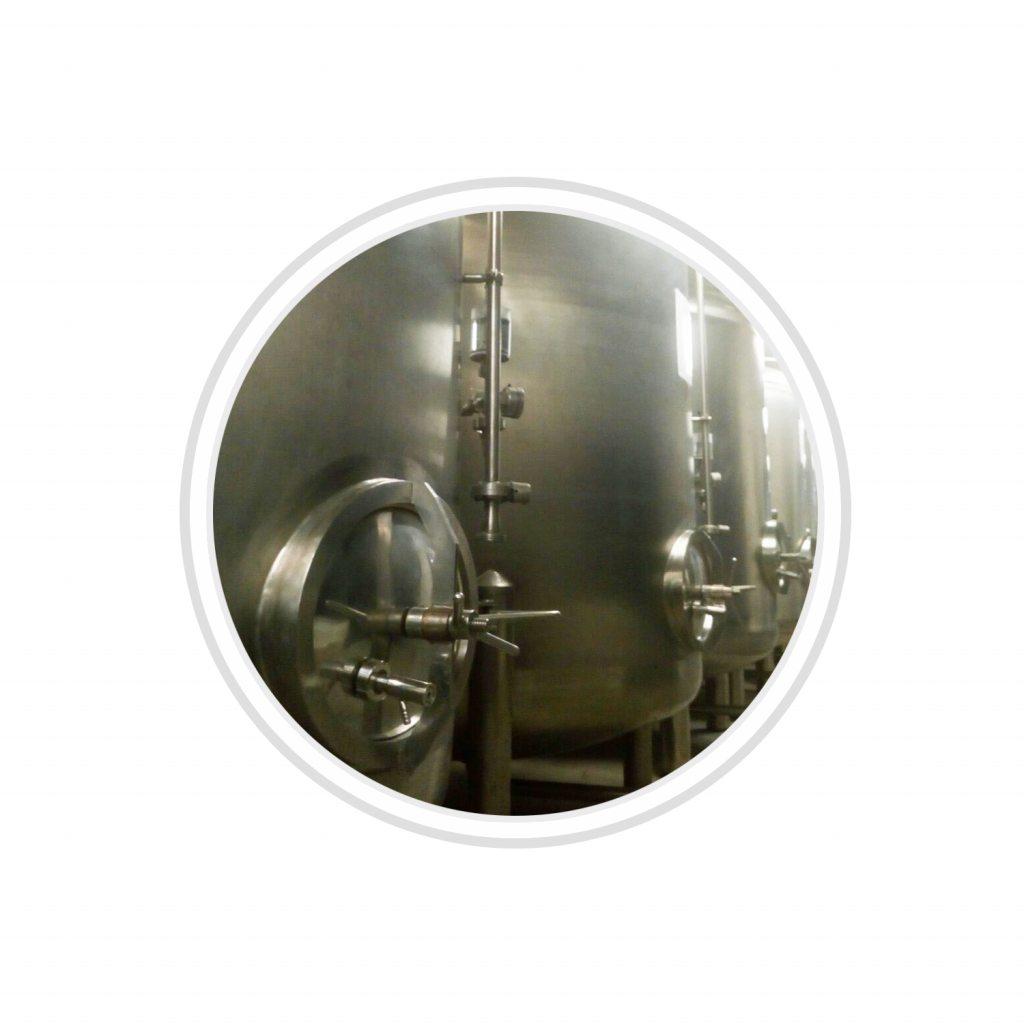 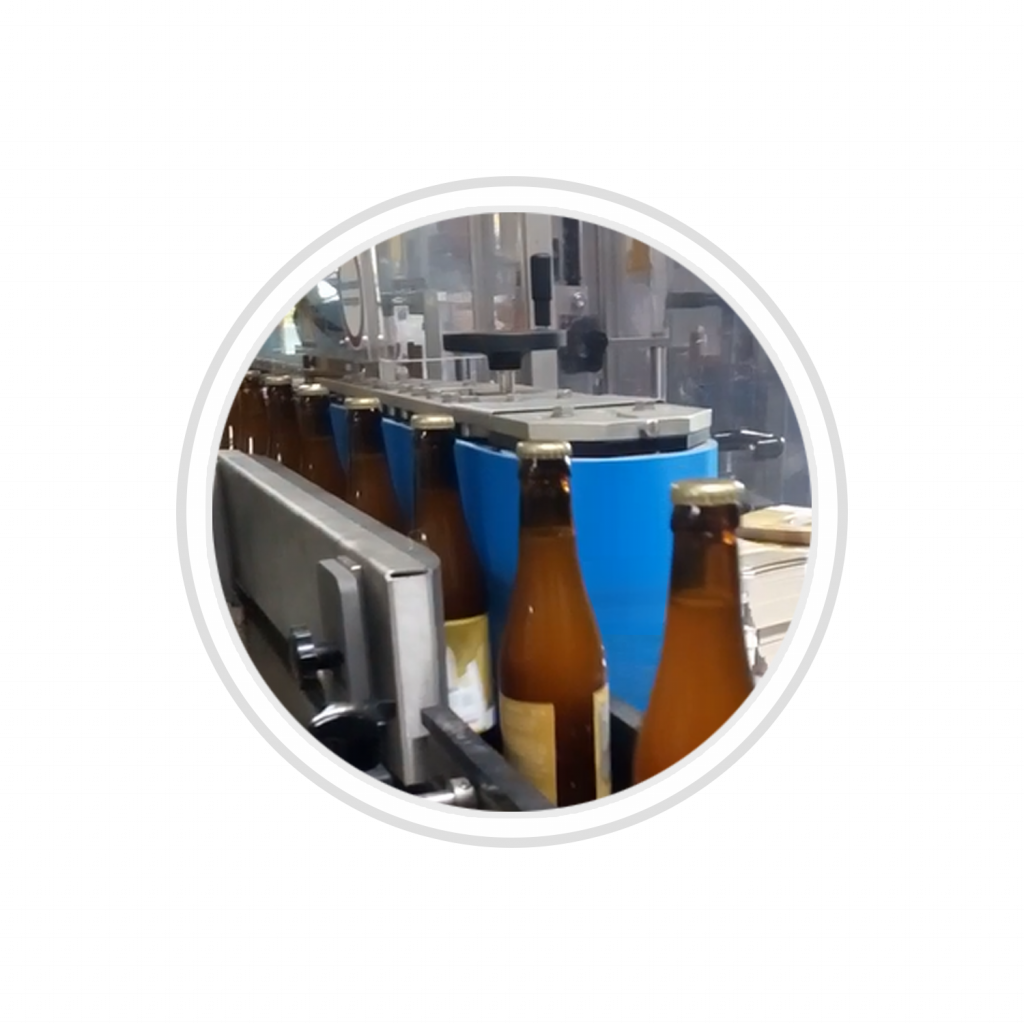 After maturing in the cold storage tanks, we always take samples to check if the beer meets our requirements of taste. When the taste is approved, yeast is added to referment in the bottle in order to start the bottling. Before the bottles are filled with beer and sealed with a crown cap, they undergo a thorough rinse with hot water to remove all impurities.

When the beer has been bottled and labelled with our Yvegem label, it is then stored in the hot room for a smooth refermentation.

Once the beer has been refermented in the hot room and there is enough CO2 with a rich head when serving, then it is ready for consumption!

The crates can be shipped all around the world to beverage dealers, bars, pubs, restaurants, etc so people can enjoy a fresh traditional Yvegem! Cheers! Proost!

"Yvegem, the divine beer on earth!" 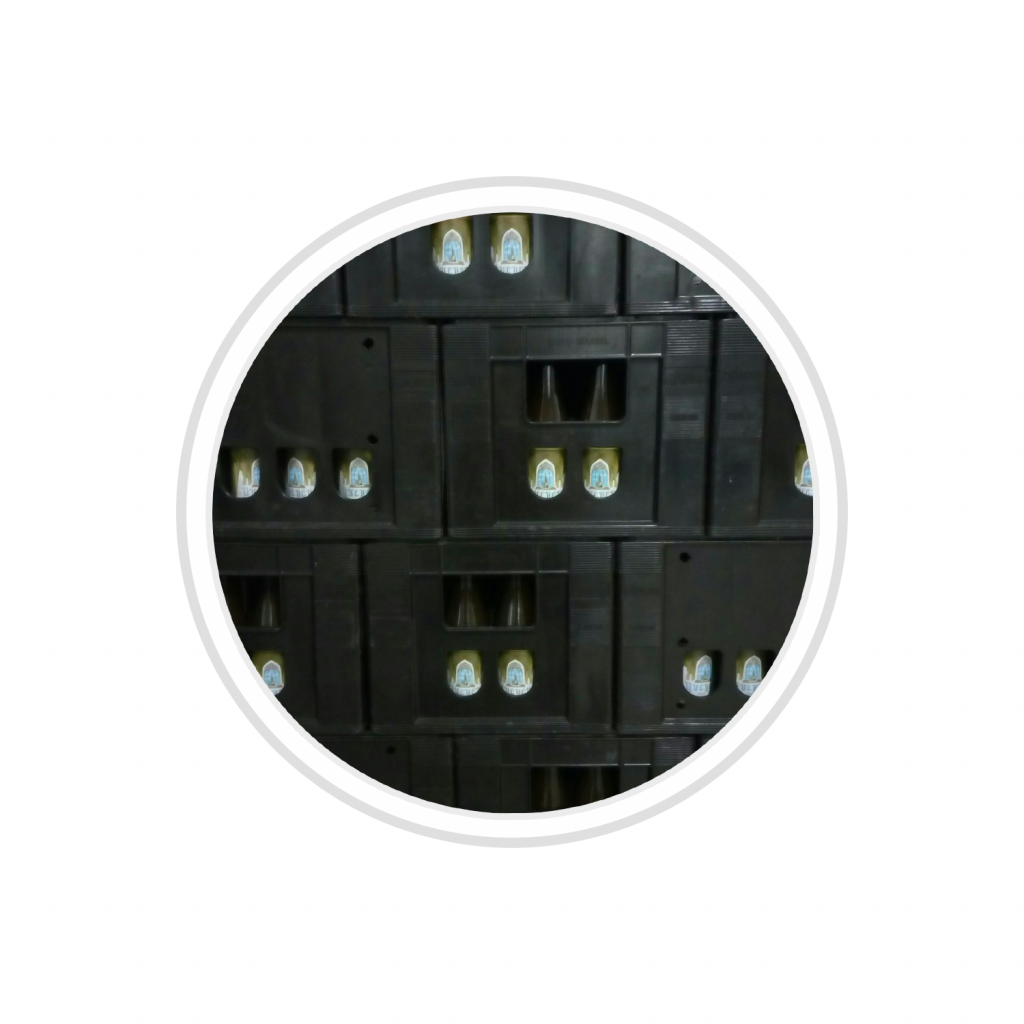 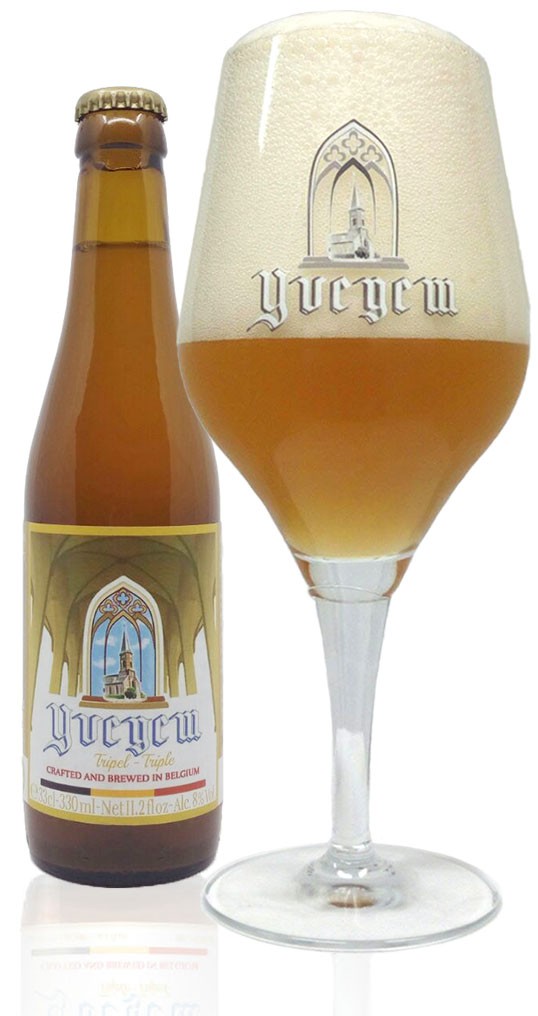 Discover Yvegem Triple, which has a golden colour, a soft aromatic taste and a pleasant bitter aftertaste. It is thé perfect combination of sweetness and bitterness. It tastes like heaven!

Flawless flavour, years of Belgian brewing tradition carried out with passion are the key ingredients to enjoy Yvegem Triple!

Proudly crafted and brewed in Belgium at Deca Services NV by the old Belgian brewing tradition. BelgaBrew uses 100% Belgian Hops and therefore the non-profit organisation "H.O.P." has granted us the golden logo for this.

Yvegem Brown with its dark and nice creamy head colour, of which all ingredients in this beer create a perfectly balanced taste and provides an intense pleasure and soft aftertaste.

With its exceptional aroma and nice flavour, it is the ideal combination with a piece of cheese.

Approved by the non profit organisation H.O.P., we are pleased to announce that BelgaBrew also uses 100% Belgian hops for Yvegem Brown and therefore we have also received the golden logo for this. 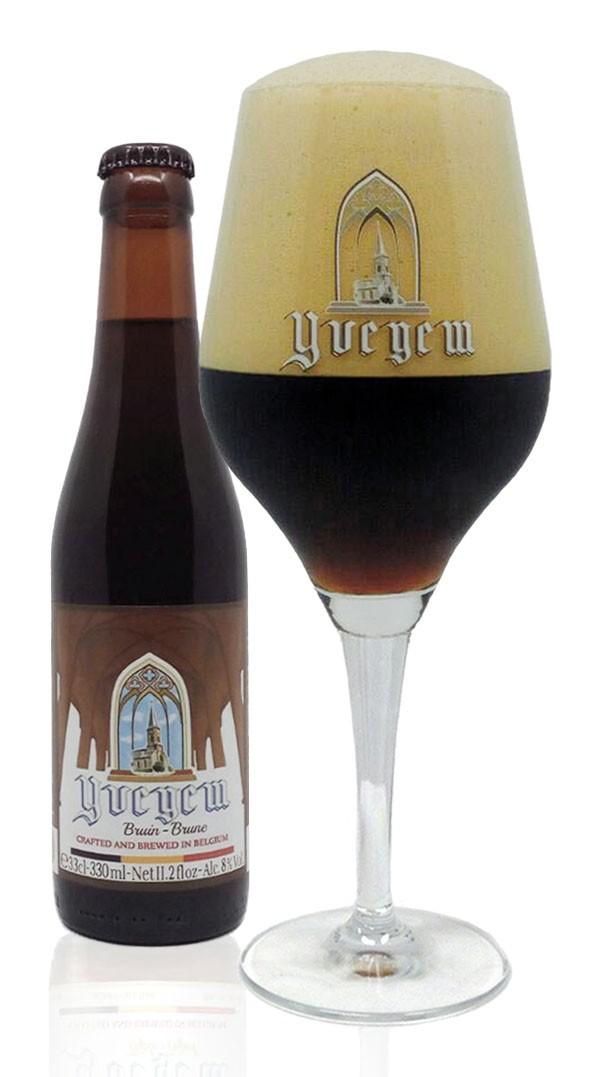 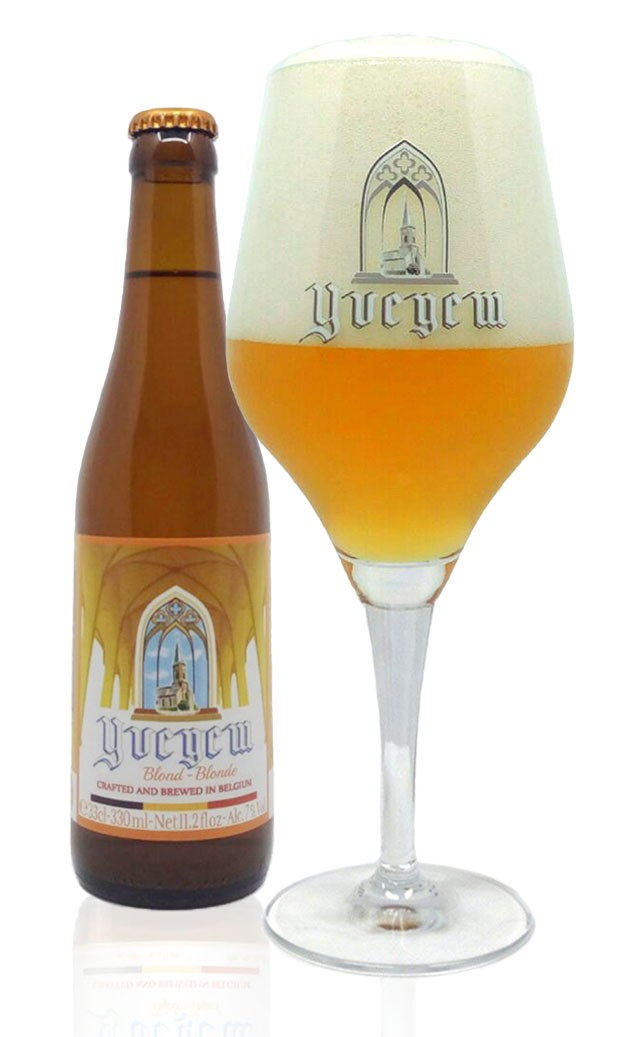 Yvegem Blond, with its subtle blend of carefully selected hops, malts and fruity yeast creates a soft and pleasant aftertaste.

Approved by the non-profit organisation H.O.P., we are pleased to announce that BelgaBrew also uses 100% Belgian hops for Yvegem Blond and therefore we have also received the golden logo for this.

Places where you can purchase Yvegem!

Any queries or are you interested in selling our beer? Get in touch with us! 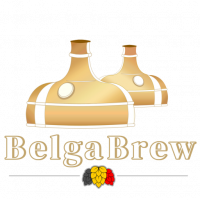 Are you old enough to drink beer?

Beer brewed carefully, to be consumed with care.